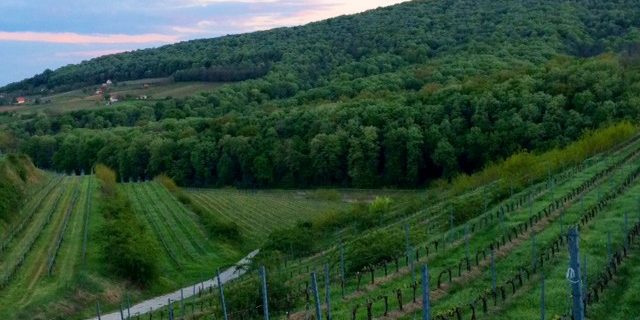 Tempranillo is one of the most famous varieties of Spain and Portugal. Its name comes from the word „temprano” which means “early”, since it ripens few weeks earlier than the most Spanish blue grape varieties. It has many names: if in Spain we see ull de llebre, cencibel, tinta de toro, jancivera, ojo de liebre and tinta del pais on the label then there is tempranillo in the bottle. In Portugal it can be named as aragones or tinta roriz.

Tempranillo gives a ruby color wine. In its taste red berries, strawberry, plum, leather, tobacco and herbs can be tasted which is supplemented by the gusts of barrel ageing. Because of its medium acid structure and not dominant taste it is very often blended with other local varieties, mainly garnacha, mazuel, and graciano, or even with world varieties as cabernet sauvignon or merlot. It is the trend of the past years that more and more wine makers produce 100% tempranillo wine, which gives nice and elegant result in mainly cooler regions. The time of barrel ageing is shorter and shorter this way they let the characteristics of the variety prevail.

In Spain the most of it can be found in Rioja and Ribera Del Duero. Beside of it there are considerable plantations in Penedès, Navarra and Valdepeñas regions. In Portugal it is the most frequent in Alentejo and Duoro regions. It is blended mainly in port-wines in Duoro. Since it tolerates well cooler and hotter climates both, it is planted in more and more countries of the world: California, Texas, Arizona, Oregon and Washington states, Canada, Mexico, Argentina, Chile, Uruguay, Australia, South-Africa and New-Zealand all discovered tempranillo.