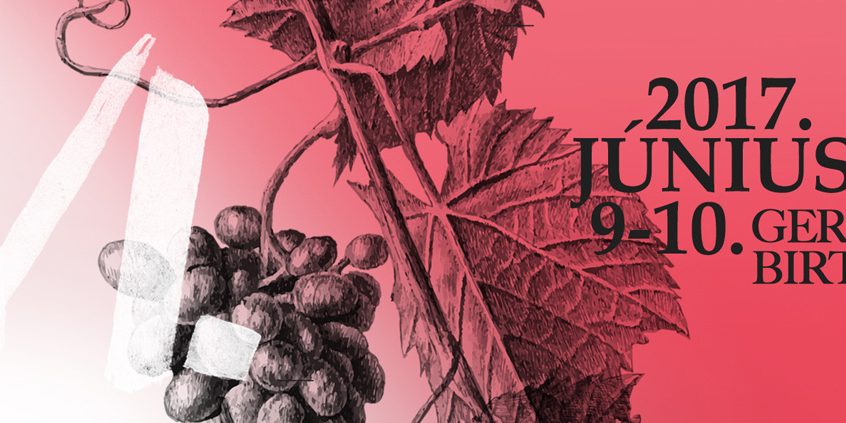 VI. Gere Jazz Festival – The Spirit of Provence in Villány

The 6th annual Gere Jazz Festival takes place June 9-10 at the Gere Attila Winery in Villány on the Gere Estate. Thanks to the anually changing themes this year our guests can spend the weekend in genuine Provencal spirit; besides the unforgettable concerts they will be treated to excellent wines and carefully selected gastronomical delights.

Guests can sample the complete wine range of the Gere Attila Winery. Should they fancy a wine cocktail made from the sparkling Frici or a lighter white or a rosé as a refreshment in the summer heat or regardless of the temperature should they wish to stick to their beloved reds like the Villány Franc or Kopar or the Syrah that evokes the spirit of Southern France even though it is made of grapes grown in Villány the choice is theirs. The gastronomic delights will be supplied by Chef Szabolcs Kozma and the team of Mandula Restaurant and will be served on the rearranged and renewed barbecue terrace. Through the use of Provencal spices the dishes will aim to conjure up the genuine French spirit.

The series of concerts start with Veronika Harcsa a vocalist highly regarded all over Europe and her constant musical partner Bálint Gyémánt known for his captivating guitar style. Nowadays, due to her studies and private life the artist spends more and more time abroad so her appearances in Hungary have been perceptibly reduced thereby making any of her domestic shows even more a cause for celebration.  In Veronika’s art charm and intellect are coupled by exquisite technique and the accompaniment provided by the virtuoso guitar playing of Bálint Gyémánt make the act complete. The common thread running through their innumerable concerts is the high level of musical empathy that invariably brings up something new in their interplay.

Guests who would rather dance can have their own way as well. The master of ceremony on Friday night will be the lead singer of the deservedly popular Irie Maffia. On this occasion Sena, the Ghanian-Hungarian rap diva will front a band specially handpicked for this concert. She will be accompanied by luminaries of the Hungarian jazz and pop scene including the „ambassador of the Hammond organ” Mátyás Premecz. This line-up enables Sena – who has accomplished great success with her take on Shakespeare’s Sonnets – to express herself, to showcase her true personality and the primordial force that is unique to her.

Day 2 of the Festival opens with another star of the Hungarian jazz scene who is also known for her forays into pop music: Eszter Váczi and her band. This stylish quartet, both in music and looks, is famed for its songs whose words are just as important as their music. The lyrics written by the singer convey deep emotions mitigated by an acerbic, sometimes melancholic but at all times likeable sense of humour. Eszter Váczi and her band is followed by a group made up of some of the world’s top musicians. Winner of the Kossuth and Liszt Prize, the guitar virtuoso Ferenc Snétberger is joined on stage by one of the greatest contemporary masters of trumpet playing Markus Stockhausen. The music of their joint effort Streams was published in 2007 and it contains hauntingly beautiful, lyrical pieces. The duo has previously collaborated on another critically acclaimed album Joyosa where they were joined by bassist Arild Andersen and percussionist Patrice Heral. The music of this quartet of exceptional artists is flexible, rhythmic but still gently rolling. The final act of the Festival Nouvelle Vague is a formation celebrated all over the world. It comes as no surprise that their concerts are always highly anticipated in Hungary. A favourite of audiences worldwide this French group performed in front of packed audiences in MÜPA and A38 many times. With hits regularly featuring on radio charts both their own compositions and covers sound familiar to global audiences and evoke the playful spirit of the band. As an interesting aside to organizing the event it’s worth mentioning that one of the founding members of the band Olivier Libaux is a winemaker in his spare time so he was all the happier to accept our invitation as a „colleague”.

Having reached its sixth year the Gere Jazz Festival is duly considered by now as one of the traditional summer festivals. It welcomes visitors with a penchant for wines, music and gastronomy. Attila Gere and his family will do their utmost to make this exclusive garden party conceived in a Provencal mood an unforgettable experience for the guests.