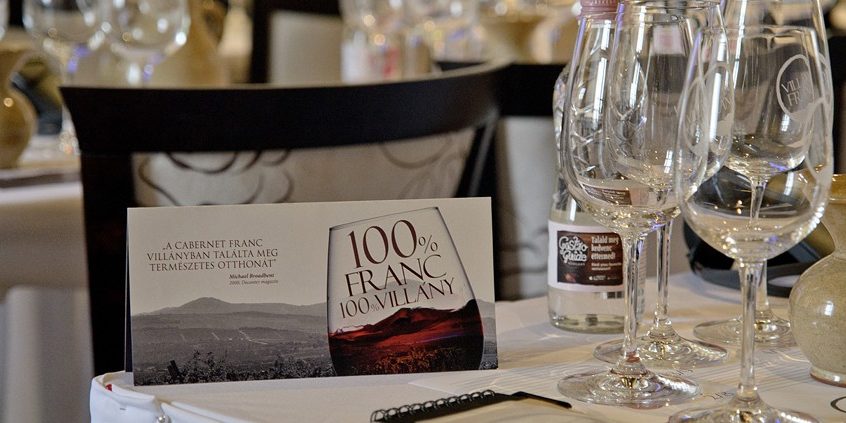 Villányi franc comes on the scene

When we sit down the first time to speak with the local wine makers, that Villány needed a common flagship, we quickly agreed that it would be the cabernet franc.

We also knew that this wine variety would be successful on long term if as a wine style could be described and would be transparent. We created the regulation in 2013 establishing super premium category, in which only villányi franc takes place.

At us in the cellar villányi franc is born according to the philosophy of our other great wines. As in the case of Kopar or Solus, the story starts in the vineyard. The yield is 25-30 hl/hectare, so we regulate it as 5-6 clusters per vine.  The center of our Franc plantations is Csillagvölgy, where we farm 7200 vines per hectare.

The fermentation takes place both in wooden bath and tank on 28 degrees. The 10-14 days long fermentation is taken over by a yeast which was selected from an own, old, family cellar. The wine is aged mostly in new and second filled, Hungarian 300 l barrels (some in 500 l barrels) for 16 months.

And why villányi franc is really a special wine?

According to Attila Gere two things make villányi franc great – just like the other serious red wines: That it is full of life, the vibration in one hand, because that is too bad if a wine is “flach” (flat). In the other hand: the rich aftertaste, which is long lasting and inspires to an other sip.