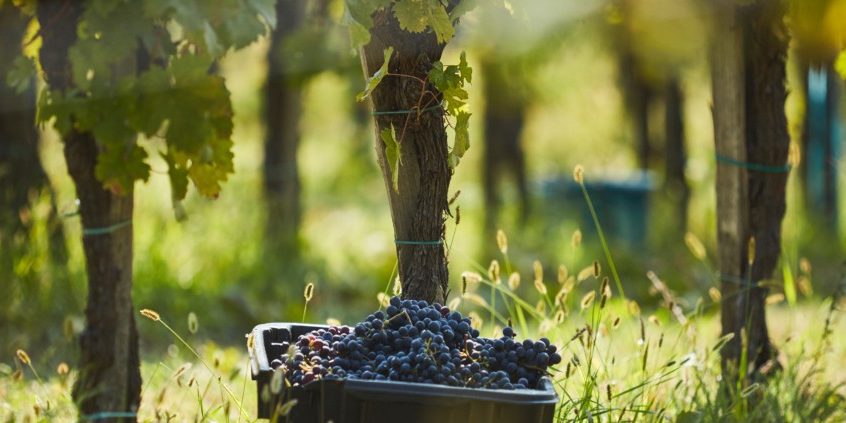 In 2017/18 the tendency of the more and more extreme weather was experienced again. Due to organic farming we handled the obstacles well and harvested healthy, tasty grapes.

Winter was milder than the many year average. The extreme frost on the 1st March damaged some of the early varieties in the deeper located areas. March was cold but after it the temperature was increased rapidly. From the March winter we got into the April summer. The shooting of the grapes and the other phases greatly – almost with 1 month – averted the average. Due to the hot, dry period in Spring there was no problem with the pest control, the weather was not beneficial for the diseases. Grape developed quickly, the works happened quickly one after another.

In this year Medard came almost exactly on its day and in this period rain fell often. It is the character of the recent years that the period of the heavy rains starts quite early from the end of April and lasts until the beginning of September. Due to this the quantity and the distribution of the summer rains are very respective, local with great differences. In 2018 the damages (e.g. erosion) of this phenomenon was not serious and we only had ice damage only once, in a minimal volume. We had to take care of pest control during this rainy period greatly and we managed to protect our grapes against powdery mildew and downy mildew.

Also the characteristic of 2018 was that the harvest started earlier at the most varieties and parallel with it the mowing, etc. were not even finished yet. The ripening of the grape also started earlier. There was a small pause in the beginning of August but the biological ripe of the grapes still happened earlier. Most of the late varieties reached and passed 19-20 must degree until September.

“The harvest happened in a really hot, dry period. The bunches are healthy, the berries are rich in taste and gusts. The quantity is even more than it was in the previous years. All in all in 2018 we harvested excellent quality grape and finished a good vintage. The work now follows in the cellar.” – Attila Gere